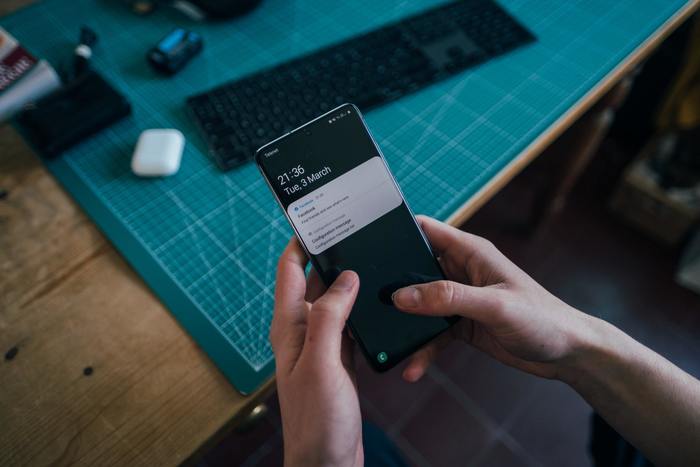 Some people have criticised the film as being light on practical responses that everyday people can make. They point out that while there are recommended steps, they come right at the end of the film while the credits are rolling.

I thought it was excellent, and that the aim of the film was awareness-raising in the general population, with the main focus on politicians and people who make the laws in western societies (particularly the USA). To me, it showed that, far from being regulated as ‘publishers’, governments should instead consider regulating companies running social networks in the same way as they regulate gambling companies.

As I’m not planning on running for political office anytime soon, I thought I’d stick to what I know (new literacies!) and think about what it means to talk about ‘notification literacy’. That particular term currently returns zero results in Google Scholar, a search engine for academic articles. If I search DuckDuckGo, one of my own posts from 2017 is in the top few results.

My conclusion to that post from three years ago:

I think we’re still in a transition period with social networks and norms around them. These, as with all digital literacies, are context-dependent, so what’s acceptable in one community may be very different to what’s acceptable in another. It’s going to be interesting to see how these design patterns evolve over time, and how people develop social norms to deal with them.

Those ‘social norms’ have been shot to pieces by companies employing machine learning to growth hack the human brain. In other words, they’ve optimised engagement with their platforms to such an extent that it bypasses human rationality.

In work we do with clients, We Are Open Co-op runs what we call a pre-mortem where we imagine that a project has completely failed. Then we think about the preventative measures we can take to stop the reasons for that failure, as well as the mitigating actions to make the situation less bad (if those reasons are already in play).

If we apply that approach to social media usage, let’s imagine that you’re about to join Instagram. Then, let’s add into the mix that six months from now you’re unhappy, depressed, and addicted to the platform. What can we do to prevent that? What can we do to mitigate it?

Prevention is always easier than cure. The most obvious step is not to use social networks for which we have proof of harms. But if that’s not an option, then there’s ways of using social networks other than the default. For example, it’s possible to use Instagram and Twitter with a private account which changes who may interact with you.

More importantly, though, as the title of this post suggests, is to think carefully about the notifications you want to receive from the platform. Not only can you change these in the settings of the social network itself, but the latest version of both Android and iOS operating systems allow smartphone users to further configure notifications.

What if, like many people, you already recognise the signs of addiction in yourself and others? What can you do to wean yourself off that dependence on social networks to fill spare moments and the gaping emotional void in your life?

The first thing you can do is to switch to the mobile web version of social networks rather than having a native app installed. Then, when you’ve logged in, and you are prompted to allow notifications do not allow them. In practice, this means that you treat a social network just like any other website.

I don’t use Facebook products, but with Twitter a useful tip is to check the option on the Settings page for receiving direct messages by email. You can then be sure you’re not missing anything really important.

It was only by watching The Social Dilemma that I realised the preventative measures and mitigating actions I’ve been taking over the last decade. While I’ve got a powerful 5G smartphone and a smartwatch, I’ve configured them both to work for me, rather than the other way around.

One important way I’ve done this is by changing the launcher I use on Android to a much more minimalist one. The one I’m using now, Before, has been revolutionary in terms of the way that it deals with notifications. I believe in paying for the things that add value to your life, so I’m happy to be supporting the developers of that particular product.

Don’t accept the defaults! On the other side of that very engaging, colourful screen are weaponised machine learning algorithms who are not interested in you or your wellbeing. While it sounds a bit sci-fi and dystopian to say so, they’re interested in providing shareholder value to megacorps by selling your attention to advertisers who want to change your behaviour.

Put like that, why wouldn’t you want to increase your notification literacy and that of those around you?

Comments? Questions? I’m on the Fediverse, or you can email me: doug@weareopen.coop

One of my responsibilities as Web Literacy Lead at Mozilla is to provide some kind of theoretical/conceptual underpinning for why we do what we do. Since the start of the year, along with Karen Smith and some members of the community, I’... Continue →