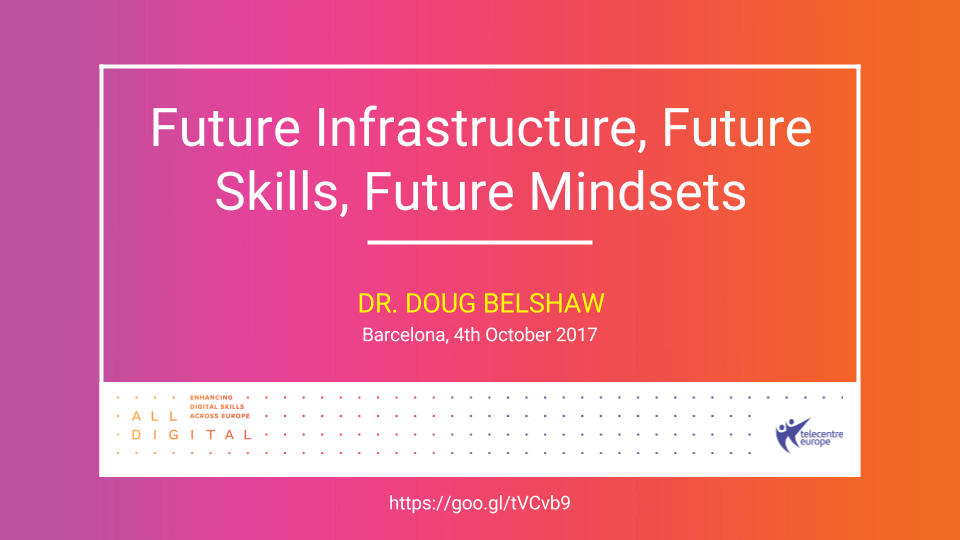 Today I’m presenting at the ALL DIGITAL Summit in Barcelona. It’s in the aftermath of the Catalan referendum on independence that was held at the weekend and, indeed, there was a general strike yesterday in protest at the way the Spanish government dealt with the whole affair.

This is by way of context to my presentation, which initially was going to feature the ‘social cooling’ effects of surveillance society - especially when it comes to so-called 'Smart Cities’. Instead, I decided to re-focus on the technologies used by the Catalan separatists to allow the website used to co-ordinate their activities to be censorship-resistant.

From there, I go on to talk about my work on digital literacies, Open Badges, and co-operativism. You can find the slides for my presentation here.

Update: thanks to Gabriela Ruseva for writing up the Open Badges workshop that I led at the event.

I’m delighted that some stellar work by my colleagues is now available for everyone to use. Mozilla Discover was funded by a grant from the Bill & Melinda Gates Foundation, with the aims being as follows: Mozilla’s Discover project... Continue →