Demoting HTML and CSS to skills? 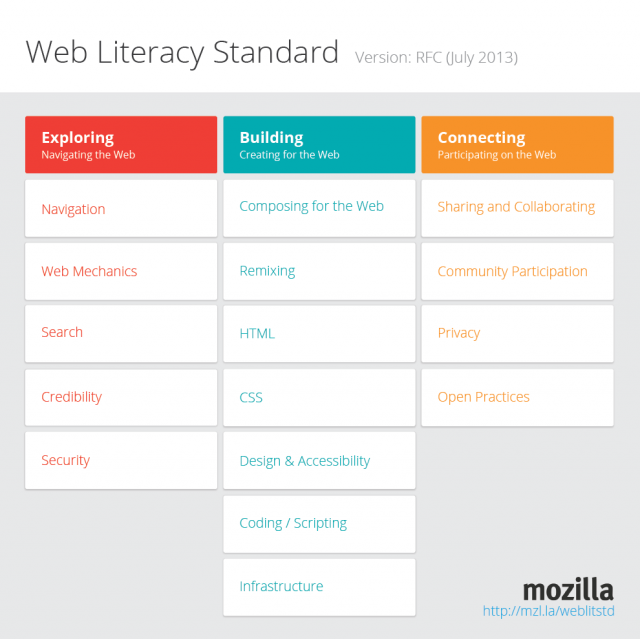 In the feedback we’ve had so far (as well as more anecdotally via social networks) there’s been a feeling that there’s an undue focus on the ‘Building’ strand. While Mozilla wants to stress the importance on being able to both read and write the Web, I do understand where they’re coming from.

Our original idea was to merge HTML and CSS into one competency. However, we’ve been down that road before and rejected it as sub-optimal. Instead, what we’re suggesting (subject to further feedback) is that we do the following: 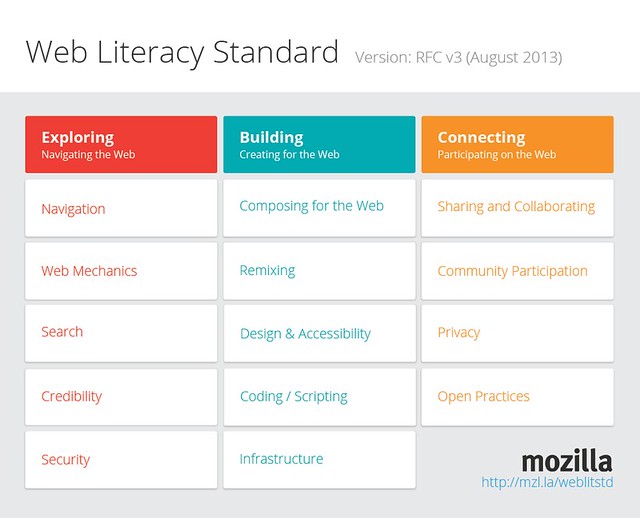 We value your feedback, so let us know what you think!

This year the Mozilla Foundation aims to ‘ship’ 10,000 contributors (read more about this on Adam Lofting’s blog). Much of that will come through people stepping up as mentors to help teach the web. What we need to help with this are... Continue →