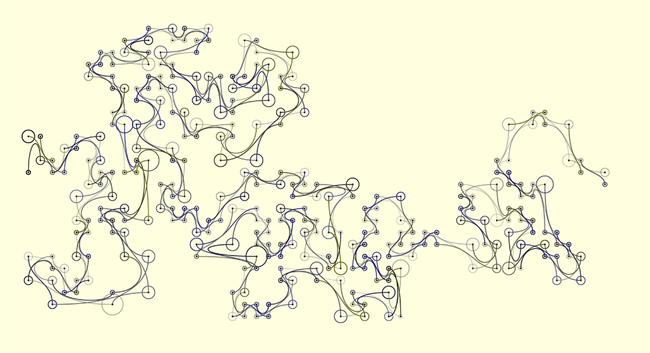 Way back in Episode 39 of Today In Digital Education, the podcast I record every week with Dai Barnes, we discussed the concept of ‘curriculum as algorithm’. If I remember correctly, it was Dai who introduced the idea.

The first couple of things that pop into my mind when considering curricula through an algorithmic lens are:

But let’s rewind and define our terms, including their etymology. First up, curriculum:

In education, a curriculum… is broadly defined as the totality of student experiences that occur in the educational process. The term often refers specifically to a planned sequence of instruction, or to a view of the student’s experiences in terms of the educator’s or school’s instructional goals.
[…]
The word “curriculum” began as a Latin word which means “a race” or “the course of a race” (which in turn derives from the verb currere meaning “to run/to proceed”). (Wikipedia)

In mathematics and computer science, an algorithm… is a self-contained step-by-step set of operations to be performed. Algorithms perform calculation, data processing, and/or automated reasoning tasks.

The English word ‘algorithm’ comes from Medieval Latin word algorism and French-Greek word “arithmos”. The word ‘algorism’ (and therefore, the derived word ‘algorithm’) come from the name al-Khwārizmī. Al-Khwārizmī (Persian: خوارزمی‎‎, c. 780–850) was a Persian mathematician, astronomer, geographer, and scholar. English adopted the French term, but it wasn’t until the late 19th century that “algorithm” took on the meaning that it has in modern English. (Wikipedia)

So my gloss on the above would be that a curriculum is the container for student experiences, and an algorithm provides the pathways. In order to have an algorithmic curriculum, there need to be disaggregated learning content and activities that can serve as data points. Instead of a forced group march, the curriculum takes shape around the individual or small groups - much like what is evident in Khan Academy’s Knowledge Map.

The problem is, as the etymology of ‘algorithm’ suggests, it’s much easier to do this for subjects like maths, science, and languages than it is for humanities subjects. The former subjects are true/false, have concepts that obviously build on top of one another, and are based on logic. Not all of human knowledge works like that.

For this reason, then, we need to think of a way in which learning content and activities in the humanities can be represented in a way that builds around the learner. This, of course, is exactly what great teachers do in these fields: they personalise the quest for human knowledge based on student interests and experience.

One thing that I think is under-estimated in learning is the element of serendipity. To some extent, serendipity is the opposite of an algorithm. My Amazon recommendations mean I get more of the same. Stumbling across a secondhand bookshop, on the other hand, means I could head off in an entirely new direction due to a serendipitous find.

Using services such as StumbleUpon makes the web a giant serendipity engine. But it’s not a curriculum, as such. What I envisage by curriculum as algorithm is a fine balance between:

I’m hoping that as the Open Badges system evolves, we move beyond the metaphor of ‘playlists’ for learning, towards curriculum as algorithm. I’d love to get some funding to explore this further…

Digital Literacy is about power

Today, I keynoted the Annual Learning & Teaching Conference at Queens University Belfast. My title was the same as that of my ebook, The Essential Elements of Digital Literacies, but it included new and updated context. You can find... Continue →